Microgaming has a thrilling January in store for you with a selection of exclusive releases along with the swelling ranks of its exclusive studios.

Microgaming’s first release for the year is already available to play; Shamrock Holmes Megaways by All41 Studios went live on January 5. This high volatility, six-reel title centres around a leprechaun detective’s character on the trail of major winnings. This is the first of two Microgaming-exclusive releases from All41 Studios in January that will integrate the Megaways license from Big Time Gaming.

A specific combination of scatters and symbols in the base game will trigger a Magic Forest Respin that offers you a guaranteed number of Megaways according to the trigger. If Shamrock Holmes and pixie symbols both appear in the top row at the same time as three scatters appearing on the reels, the Magic Forest Respin will give you a guaranteed minimum of 117,649 ways to win. Rolling Reels removes winning symbol combinations so that new symbols can appear in their place.

If you land four scatters, you get 10 free spins and a starting multiplier of 2x and each Rolling Reels win increases the multiplier by +1 infinitely.

It’s Wild West time on January 7 with the release of The Bounty by Snowborn Games. With a Spaghetti Western theme, this slot features mugshots of dastardly desperados, and your job as the unnamed bounty hunter is to hunt them down for your bounty.

On January 12, you get to experience a modern classic experience with Foxpot by Foxium. The game features 3 reels and a single active line with some intriguing added features.  The Fox Wheel is situated at the centre of the screen and comprises three bonus wheels. The Money Award, the multiplier, and the respin mode are all triggered in different ways. The Money Award Wheel offers you three possible jackpot awards; the Mini, Midi, and the FoxPot, with prizes of up to 10,000x your stake. The nudge feature is active across the base game and the Fox Wheel.

Take a trip on the wild side on January 14 with Golden Stallion Ultraways by Northern Lights Gaming. Northern Lights Gaming’s first Microgaming title adopts a nature theme with a herd of wild horses in a huge Old West canyon. This slot is highly volatile and comes with the opportunity to gain a multitude of free spins. If three scatters appear during free spins, you will trigger the Ultraways feature where three reel positions are split so that double and quad symbols can appear to create an amazing 196,608 Ultraways. The Golden Sequence is a new feature comprised of 10-20 spins with horses highlighting reels where they stop. Following the last Golden Spin, all of the highlighted reels are populated with higher-paying gold symbols or gold wild symbols.

Get your pulses racing on January 19 with the release of Hyper Strike by Gameburger Studios. This high-octane slot features a 5×3 reel, 20 payline format, and is saturated in all the colours of the spectrum with a disco-funk-pop soundtrack to complete the ambiance. Scatter symbols appear anywhere on a reel, awarding you prizes of up to 2,000x your stake, and when you spin the wheel, you could be awarded up to 30 retriggering free spins and gold star wild symbols that could pay you up to 125x your stake on each line.

Culture hounds will love Pachinko by Neko Games which is due for release on January 20. This title is inspired by Japan’s highly-popular Pachinko game, half pinball and half slot machine. Microgaming gets you right into an authentic experience by offering free balls in place of free spins. Discover prizes hidden behind shelves of Maneki Nekos, the Japanese beckoning cat figurine that is used to create good fortune.

The second Megaways title for the month, Forgotten Island Megaways by All41 Studios, releases on January 26. You are invited to the home of King Kong, the king of the apes with gargantuan bonus features to match the game’s main character. The features include extra reels, Rolling Reels™, and ‘Kong Spin’. The Kong Spin feature gives you a special, unlimited multiplier that increased with each successive Rolling Reels win.

If you thought that was all, you are mistaken because Microgaming’s partner studios are ready to delight with their own set of releases for the month.  On January 6, the jungle-themed Whisker Jones by 1X2gaming makes its debut and you can catch a wave on January 18 with Bondi Break by Lightning Box Games. If you’re into classics with a modern slant, 777 Mega Deluxe by Crazy Tooth Studio arrives on January 21 or you could get back to nature on January 28 with the release of Animals of Africa by Gold Coin Studios. Roulette x5 by Golden Rock Studios is a visually stunning take on classic European roulette that also debuts on January 28. This title is unique in that it is the only roulette title on the market that offers a ‘double your winnings’ multiplier without touching your odds. 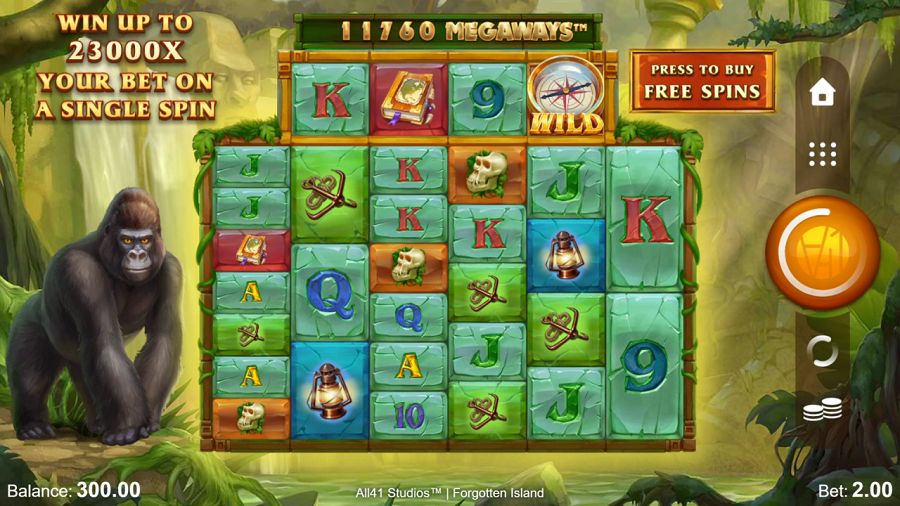