The Griffin is one of the most fearsome creatures of mythical lore, but fear not, with some grit and expert crossbow handling, you can vanquish it and claim its treasure. Beat The Beast: Griffin’s Gold is the new pokie from developer Thunderkick and promises some beastly thrills.

A fearsome Griffin is illustrated in almost lifelike fashion with its fierce talons and expansive wings on full display. The beastly artwork is accompanied by detailed symbols and a mighty crossbow that you will use to vanquish your foe.

A test of strength

Beat The Beast: Griffins Gold has a fascinating array of features and a 5×3 reel format with an RTP of 96.14%. You will pit your strength against the Griffin in the bonus game and claim your prize if you have what it takes.

If you matching 3 Golden Emblem Scatters, you will receive 10 Free Spins, and the monster will emerge from its lair, rampaging across the reels as a wild symbol, potentially triggering lucrative combos wherever it lands.

While free spins is active, wild symbols become Roaming Wilds that have growing multipliers that increase by 1x with each spin attached to them. When a Roaming Wild forms part of a winning combo, you will get an extra free spin.

Beat The Beast: Griffin’s Gold closes off Thunderkick’s Beat The Beast pokie series with an explosion of action. The title is available to play across all devices now if you’re brave enough to battle mythical might.

If this slot peaks your interest in mythical beasts, you may also want to take a look at the Hades Gigablox pokie. 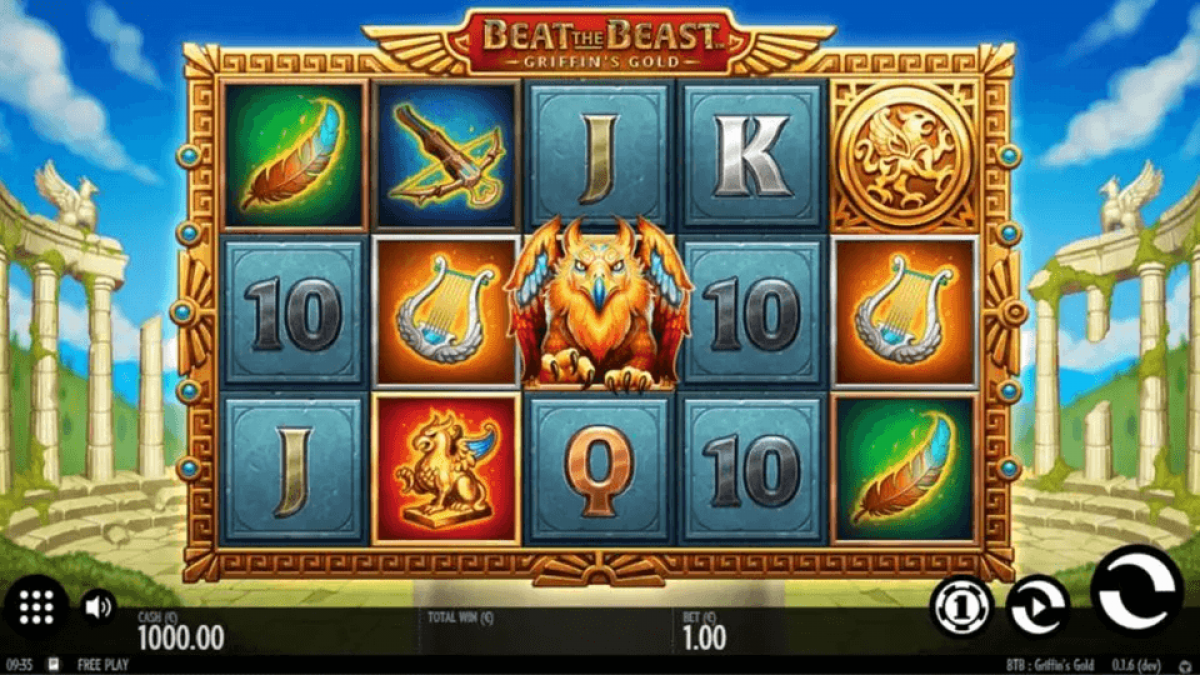