The Newark-based company dropped the news in an official press release, unveiling the ‘extra layer of excitement’ in new King Kong Cash: Jackpot King video slot that puts you in line to ‘win big’ by triggering the rewarding progressive jackpot system on the Wheel King.

The developer offered a glance at the revamped slot, revealing that the new three-row innovation is additionally ‘packed with bonus rounds and modifiers.’ You can also unlock one of five extra side games by collecting at least three Kong Bonus symbols.

Jo Purvis, Blueprint gaming Limited’s Marketing and Relationships Director added her voice to the press release, announcing that the premiere of this title was a response to ‘strong demand from operators and players.’ The firm’s plans further expansion of its catalogue of progressive jackpot video slots ‘later this year with the addition of the five-reel Sausage Party slot. The developer is enthusiastic about the release of this new title and this was evident in the words of the press release

“The reel king has swung into the Jackpot King series much to the delight of our operating partners and loyal fanbase. King Kong Cash has become a fan favourite ever since it was launched four years ago and the addition of the three huge cash pots is set to make this classic slot even more appealing to players who have missed its charms so far.” 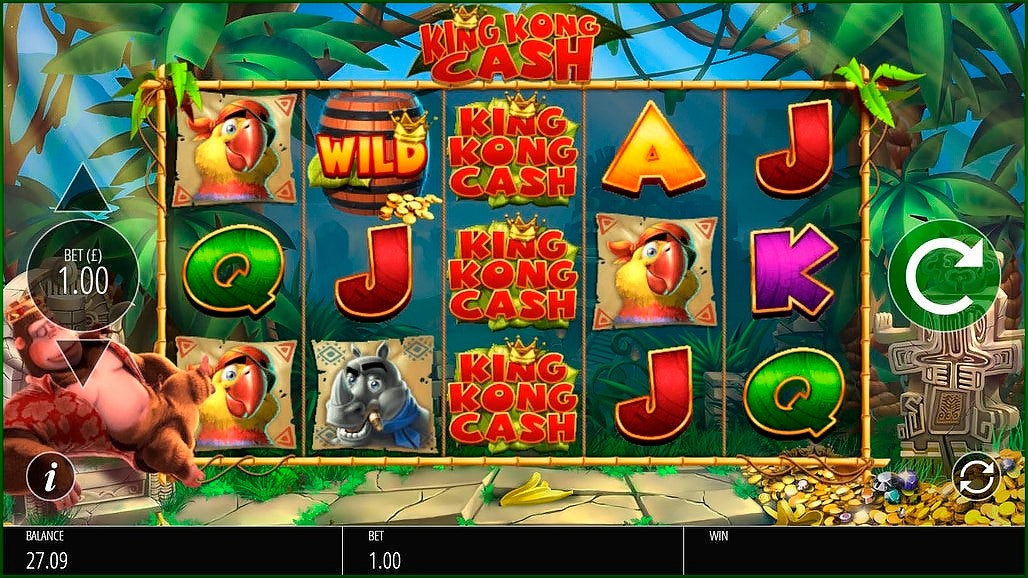