NetEnt took home some cherished silverware from the Global Gaming Awards 2021 as one of its top-performing pokies claimed the Product Launch of the Year award.

The developer’s Divine Fortune Megaways online pokie was one of its most popular titles of 2020, hitting the top of the most-played rankings across Europe and the US. The Gambling Insider Global Gaming Awards happened in London on the 28th of June 2021. The Grecian mythology-infused, six-reel game beat out over nine of the industry’s top 2020 releases to claim the top spot. Its competitors included games like Candy Bar by WorldMatch, Sportsbook by SoftSwiss, WowPot pokies by Microgaming, and Greentube’s From Dusk Till Dawn 10.

The awards are effectively the Oscars of the iGaming industry and selecting the winners is left to a panel of CEOs and industry insiders. Renowned auditing firm KMPG Isle of Man is on hand to ensure fair and unbiased results.

Nominations could be submitted until 15th of January 2021 and the shortlist was compiled on the 15th of March with voting kicking off on the 19th of May.

The 2021 edition of the awards was held as a virtual ceremony with online voting. The judging panel relayed how NetEnt’s pokie came out on top of the rankings in pivotal such as Europe and the US.

Divine Fortune Megaways was an instant hit upon its release and integrates the Megaways mechanic that makes every spin a thrill ride with variable winning ways.

Evolution’s Commercial Director, Gavin Hamilton, is a huge fan of the title and gave his take, saying, “The original Divine Fortune is one of NetEnt’s best-loved games, and we knew that the Megaways remix would help take it to another level.”

He went on to say that the pokie is has achieved significant commercial success across all iGaming markets and that he was thrilled that the judges held the game in such high regard, especially considering the high calibre of its competition.

NetEnt is a leading supplier of iGaming content and is part of Evolution Gaming Group AB. The provider develops premium games and is listed as a partner with some of the most popular online casinos.

Get your hands on this award-winning pokie at LeoVegas today and score some Greek glory. 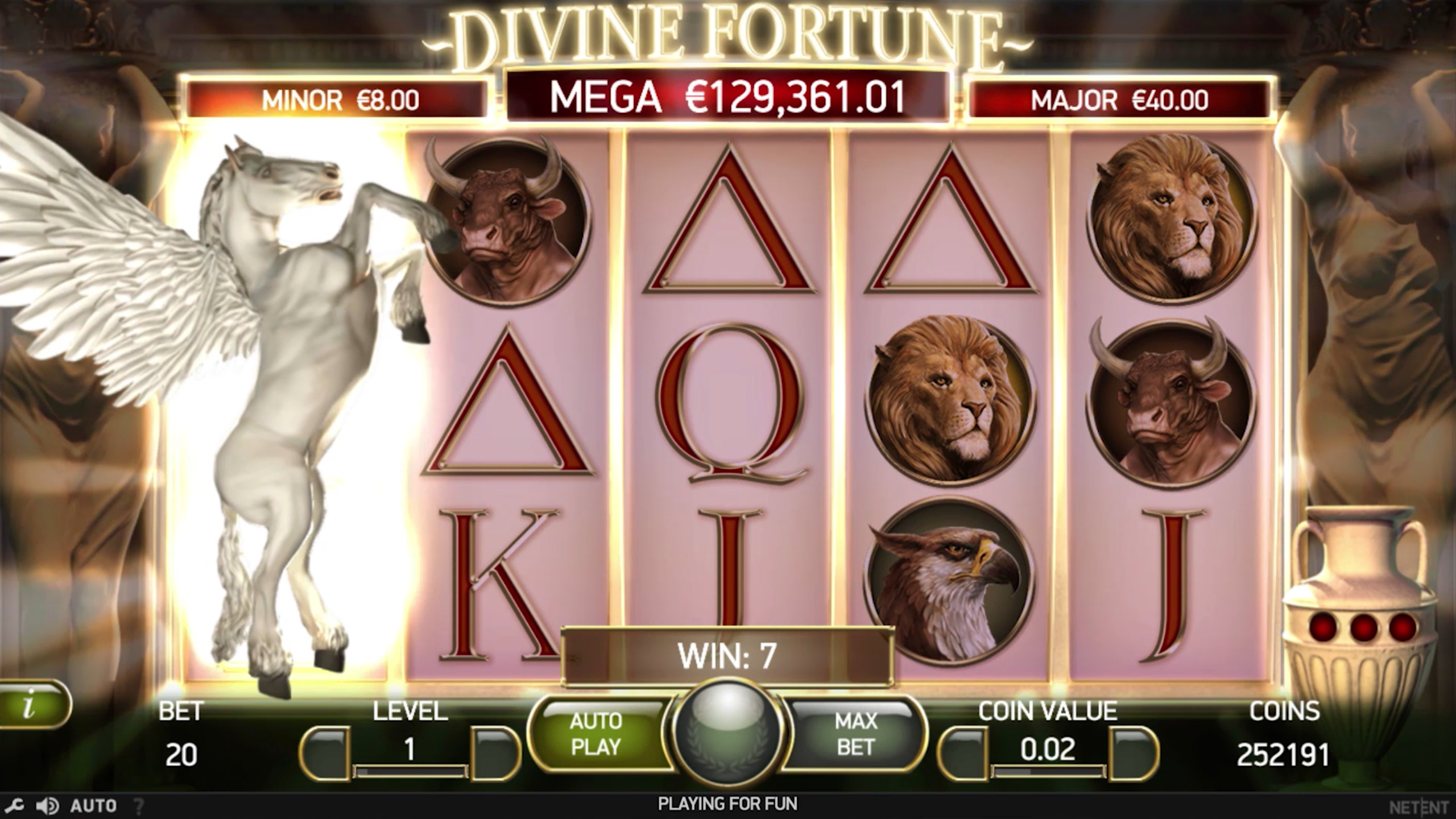