Microgaming is known for releasing flurries of premium titles every month and the developer’s schedule will not disappoint this October. With a slew of exclusives and other games from its network of independent studios, whether your preference is lush jungles or arid African plains there will be something just for you.

Grab your safari gear on October 6 for the release of African Legends by Slingshot Studios. This brand-new entry to the Microgaming progressive jackpot network transports you to African grasslands in a 243 ways-to-win, feature-filled title. The Wild Blast multiplier trail combines with the Rolling Reels mechanic that removes winning combinations, allowing for a potential chain of subsequent wins on a single spin. The Wow Major jackpot seeds at $50,000 and is the second-highest possible prize from the Wowpot progressive that has paid out over $16 million.

Classic literature transcends the digital divide in Tarzan and the Jewels of Opar by Gameburger Studios which arrives on 20 October. The game is based on the classic 1918 Edgar Rice Burroughs novel and the city of Opar is the place you will search for coveted gemstones. The winning potential is impressive at 5000x your stake and you can activate the jackpot feature with scatter symbols and be awarded up to 30 free spins and a 10x multiplier with Priestess La free spins. 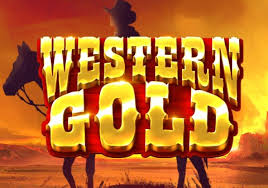 Western Gold by Just For The Win debuts on 13 October after an initial, exclusive launch and is set in the wild west. This 40 payline game boasts horseshoe scatter symbols, golden wilds, and free spins to help you grab the highest win.

More cowboy action saddles up on 27 October with Wanted Outlaws by All41 Studios. This high-volatility Nobleways-enhanced title has a 5×5 reel format and a guaranteed 3,125 ways to win. Take down some outlaws and grab up to 200x your bet in bounties with the Wanted Posters in free spins.

Microgaming’s network of content partners will be adding to the diversity of October’s releases. Aquatic Treasures from Gold Coin Studios and Fluffy Favourites by Eyecon are exciting prospects to look forward to. Big Time Gaming’s have gone big with 3 releases for the month. The first title from the studio is Royal Mint on 5 October, followed by The Final Countdown on 6 October, and the confectionary delights of its Chocolates slot tantalizing your sweet tooth on 12 October.​