As spring gives way to summer, Microgaming is matching the rising heat in the air with its June selection of premium slot releases from its network of independent developers and content partners.

The month’s last release is up first, with Blazing Mammoth by PearFiction Studios. On 30 June you get to embark on an ice-age adventure with Microgaming’s EpicStrike mechanic where you could win 2000x your stake for Mammoth symbols that you collect as they land on the reels during the base game and free spins. The more Mammoth Symbols you land, the bigger the prize and you’ll need a minimum of 3 to appear on a single spin to start winning. The Free Spins Wheel awards you between 10 and 30 free spins with an included 2X or 3X multiplier.

Microgaming bares its fangs on 24 June, with the release of a Mega Moolah-enhanced player favourite. Immortal Romance Mega Moolah retains all the smouldering vampire action and brilliant features of its predecessor, with the significant added incentive of the world-leading Microgaming progressive jackpot network. The jackpot wheel triggers at random in the base game and you will claim one of four progressive jackpot prizes; the Mini, Minor, Major, or Mega. The most lucrative of the prizes seeds at $1 million and many players have already been blessed with 7 and 8 figure rewards. 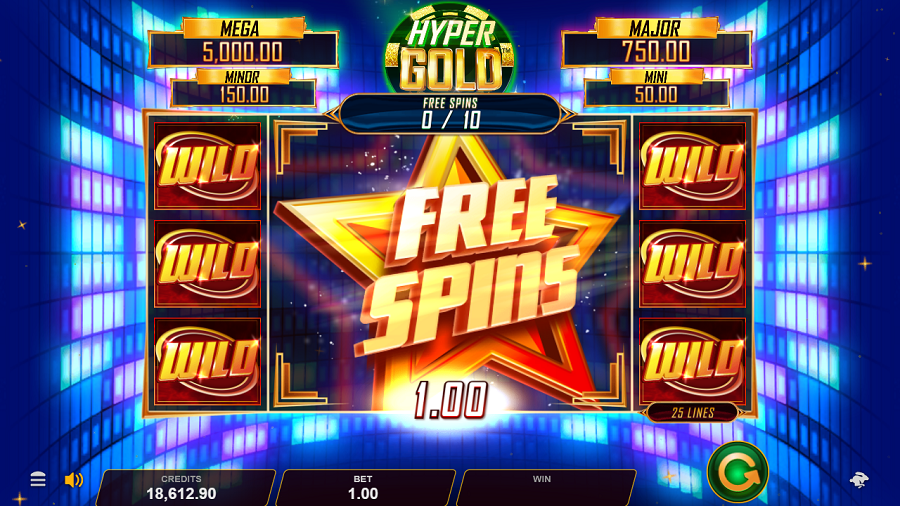 ​On 22 June, it’s all about the flash in Hyper Gold by Gameburger Studios. The slot immerses you in a neon wonderland of bright visuals with bonus features including Jumbo Blocks, a Win Booster, and Microgaming’s Link&Win mechanic. While free spins is active, potential boosting, large 3×3 blocks will appear on the reels and if you want to increase your chances of triggering Link&Win, the Win Booster feature is your friend.

A terrifying mythical beast with tragic origins is the star of All41 Studios’ Temple of Medusa that arrives on June 15. The Greek mythology-inspired game boasts a maximum winning potential of 5000x your stake and wilds that feature prominently in the bonus features. Spreading wilds activate when the wild symbol, which is represented by Medusa’s face, appears on reels two, three or four. The wilds randomly spread to adjacent reels and if they spread to a scatter symbol, it will transform into a dual-function scatter wild. When three scatters appear on the reels, you will be able to choose from one of four free spins options with variable combos of free spins and expanding wilds.

The sky is no limit on 8 June when you travel to the fabled Nordic heavenly Kingdom of Asgard in Odin’s Riches by Just For The Win. Cluster pays and Rolling Reels combine to deliver consistent wins and a surprising variety of mini-features offer you perks along the way. Claim the slot’s top potential of 5000x your stake with cluster wins that leave wild symbols in their wake while filling up a bonus meter. Filling the meter’s segments will activate Odin’s mini-features; Wolf’s Hunger, Dragon’s Riches, Serpent’s Wisdom, and Raven’s Flight. Fill the entire meter to claim seven Bonus Rounds where a mini-feature will activate on every spin. Bolster your bankroll with Odin’s Wilds, a base game feature that randomly adds between four and nine wilds to the reels.

The Ancient origins of South America inspired Maya U Max by Gong Gaming Technologies. This title, which releases on 3 June employs the special  U MAX symbol that expands the reels, creating up to 248,832 ways to win when free spins is active. If you’re looking to start your month in glamorous style, check out Divine Diamonds by Northern Lights Gaming on 1 June.  The clot’s classic theme is dressed up in opulent diamonds and features respins, free spins and the EpicStrike mechanic that could see you win up to 2000x your bet when 9 diamond symbols land on the reels.

There is more summer slot excellence in store from Microgaming’s content partners. Try your hands at cattle rearing in Beef Lightning by Big Time Gaming, in a 2-week Microgaming exclusive release starting on 16 June. Get your farming boots on and head to Mount Cashmore Dairy where you raise cows in the base game before activating the Cow Auction Multiplier with three scatters that spell “MOO.” When the auction is in progress, you can claim extra spins, extra cows and auction bids, as well as bronze, silver and gold awards worth up to 25,000x your stake.

Transcend the limitations of waking life on 29 June with The Dream Machine by Golden Rock Studios. Discover enchanting features like expanding reels, mystery symbols, random wilds, and seven different bonus rounds.  From the realm of dreams to the expanse of space, Iron Dog Studio’s Astro Newts invites you to travel the cosmos with a group of alien amphibians on 2 June. Shoot for the stars with multipliers, locked reels and up to 235,298 ways to win. Finally, get into Viking mode and conquer amazing winnings in Valhalla Gold by 2by2 Gaming, arriving on 7 June.​