Microgaming has five premium slot titles ready to launch this March. The new set of slots was created by its far-reaching network of independent game studios. There are also ten new games developed by their content partners for their online casinos. There is something for everyone in the new line-up. Get ready to encounter a wide range of characters and themes.

The five new slot games set for launch in March have been developed exclusively for Microgaming-powered online casinos. Triple Edge Studios are responsible for the vivid retro-futuristic slot, Attack on Retro. This title takes you on a wild, cyberpunk adventure ride with a juxtaposed throwback / futuristic theme.  This 5×5 reel, ten payline creation introduces chic cyberpunk heroes, Billy and Jesse, their city’s last line of defense against robot attacks. 80’s references and aesthetics abound as you spin for the maximum win of 5,000x your bet. Your winning chances are enhanced by stacked and random wilds as well as the thrilling Hyperspins feature. 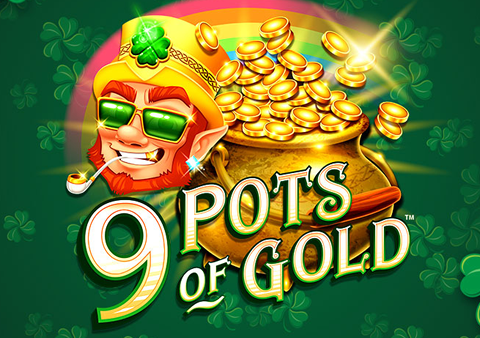 Gameburger Studios have the next release in hand. This developer has an illustrious portfolio, including 9 Masks of Fire and Break da Bank Again Respin. They have returned with 9 Pots of Gold, a 5 reel, 20 payline slot that takes its theme from the lucky leprechauns of Irish folklore. The slot’s release date has been announced as March 10, well-timed as this is a week before St. Patrick’s Day. The luck of the Irish is with you as you spin for Pot Pays and your chance at an emerald-hued Free Spins Wheel to win your pot ‘o gold.

Just For The Win is also on the roster with its title, Treasure Skyland which is ready for launch on 24 March. This slot takes you soaring through the clouds with a motley crew of treasure-hunting pirate monkeys.  Play for golden bananas as Win Multipliers, Symbol Upgrades and Pick Bonuses raise you to new winning heights.

Rabcat has been busy as they have two new slot escapades being released in March. Treasure Heroes will debut on 5 March with Mining Fever landing on the last day of the month. Treasure heroes has a 5×5 layout and is a treasure-themed title featuring Cluster-Win mechanics. Features also include the Moving Wall and Treasure Chamber free spins. Mining Fever is a Dwarven adventure where you dig for spectacular treasure in the slot’s 5×3 reel grid. The game has 243 ways to win and you will be armed with Driler’s Dwarven Drill, Thundar’s Dwarven Hammer, Bombur’s Dwarven Bomb, and Dwarven Gold Tran to help you unearth bigger prizes.

Classic Blackjack and a slew of new slots on the horizon

Exclusive content aside, Microgaming has ten slots created by its content partners for their online casinos. These include:

Over and above their compelling slots on offer, Microgaming has launched a new Blackjack title. Switch Studios were contracted to develop this game which is their seventh Blackjack variant. Classic Blackjack: Six Deck went live on 5 March. The classic, fluid gameplay is thanks to the combination of standard side bets including double down, insurance, and split hands with delightful graphics and sounds completing the experience.

Visit any of your favourite real money casinos and give these new games a try!