This October is packed with vibrant experiences and a vibrant cast of characters thanks to Microgaming’s brand new roster of exclusive releases destined for your screen.

It’s time to count your coins on 12 October in PearFiction Studios’ Squealin’ Riches. Save, spend or do both with your winnings as you fill a golden piggy bank with gleaming coins and you could reach the game’s top potential of 10,000x your stake. A prime selection of features is on hand to help you claim superior winnings like the 1,024 ways to win and the LockNWin mechanic where six or more bonus coin symbols awards you three respins. Each new bonus or jackpot symbol that lands during this feature resets your respins back to three and your winning chances are further boosted with multipliers and jackpot prizes.

Get in the ring on 19 October with  WWE Legends: Link&Win by All41 Studios. Witness the most popular wrestling superstars stand in as high-paying symbols and win with the HyperSpins and Link&Win features.  The 1-2-3 count scatter symbols hand you five free spins where the three central reels combine into one to generate giant symbols and any new scatter symbols that land while the feature is active will award you with an extra 3 free spins.

Ascend to the realm of the gods on 26 October as Alchemy Games releases Chronicles of Olympus X UP. Themed around Greek mythology, this title employs the innovative X UP feature that generates thrilling, higher volatility gameplay. You can count on expanding wilds during the base game and free spins to create amazing winning chances and the X UP tokens accumulate to give your free spins starting multiplier a huge boost up to 50x. The new UPSIZER feature modifier lets you trade some of your bankroll for an increased free spins multiplier for a cost, giving you the power to challenge the gods themselves.

A classic makes a triumphant return on October 28 as 9 Masks of Fire HyperSpins by Gameburger Studios makes its debut. This revamped version boasts a new respin mechanic and in-game bet adjustments. Return to individual reel respins as you hunt for scatters and pay symbols to complete winning combinations or trigger free spins with HyperSpins and prepare for showers of winnings with added multipliers.

Immerse yourself in medieval fantasy as you join King Arthur and the Knights of the Round Table on 5 October in  Legend of the Sword by Snowborn Games. Vie for glory with the 3125 ways to win and the enchanted Excalibur scatter symbol that brings you increasing riches the more you collect.

Green is gold, a pot o’ gold to be specific as Leprechaun Links by Slingshot Studios releases on 21 October. The potent Power Stacks Link&Win bonus features run throughout the base game and during free spins. The Power Stacks indicator lights up on every spin, releasing magical particles and generating different symbols that could land super-stacked.

A mythical sub-nautical civilization is your next destination on 7 October with the release of Atlantis: The Forgotten Kingdom by Half Pixel Studios. This pokie offers 243 ways to win and a Wild Mermaid feature that randomly places wild win multipliers on the reels. Activate the bonus feature to reveal free spin options with variable volatilities and Wild Win multipliers.

Rabcat invites you to visit a mythical realm in Dragon’s Breath on 14 October. Encounter scaly dragons and trigger the Double or Triple Flame features by landing 5 matching symbols on 2 or more reels. Once activated, the features will award you an additional bonus spin for huge winning chances.

Order up a double shot of roulette this month with Real Dealer Studios’ dual releases. Real Roulette con Laura arrives on 11 October and is tailored for the Spanish-speaking market while Real Spooky Roulette serves up ghoulish table game thrills on 18 October.

Switch Studios is also in on the table game action on 13 October as it releases Premier Blackjack with Side Bets. This title offers the popular 21+3 and Perfect Pairs side bets. Gold Coin Studios weighs anchor on 25 October with its new nautical-themed pokie, Smooth Sailing. Cruise the winning waves with the Connectify Pays and Gold Coin Bet features.

It’s all a treat and no trick with Microgaming’s content partner releases. Booming Games introduces Rhino Hold and Win on 7 October while Amarna Miller by MGA and Twistar arrives on 11 October. Golden Rock Studios has thrills on the cards with Classic Blackjack releasing on 26 October and Bouncy Balls 2 bounds into view on 28 October, courtesy of Eyecon. 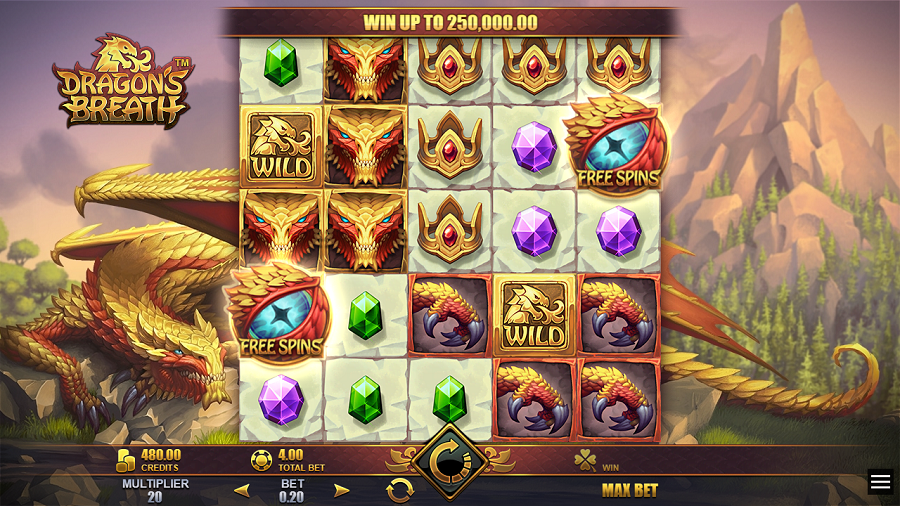