The Microgaming WowPot progressive jackpot seems eager to please as it has paid out its second Mega prize mere days after issuing the first. WowPot is now considered only second to the iconic Mega Moolah among Microgaming’s jackpots.

The second win came on April 19 when a player from Belgium won a $2,025,388.75 prize on WowPot’s top tier while they played Sherlock & Moriarty at Napoleon Sports & Casino Online. As always, this Microgaming progressive jackpot network prize will be paid out as a lump sum.

This latest windfall came hot on the heels of the news of a 32Red online casino player claiming a $17,529,047.11 WowPot Mega jackpot, playing with only a $0.80 stake on Microgaming’s Book of Atem: WowPot online slot. This was the first-ever WowPot Mega win on the WowPot progressive jackpot, and the third-largest prize ever awarded from Microgaming’s entire progressive jackpot network.

Sherlock & Moriarty WowPot was developed exclusively for Microgaming by Just For The Win and features a 5×3 reel, 20-payline format. The slot is the fifth title in the WowPot jackpot range and transports players to Victorian-era London to aid the world’s most famous detective as he solves seemingly indeterminable crimes.

The game’s distinctive graphics and soundtrack are intermingled with engaging and lucrative bonus features that could lead to huge prizes. The slot awarded a lucky player a major jackpot win of $440,481.82 on its first day of operation.

Microgaming’s CEO, John Coleman, was happy to see two Mega jackpots paid out in a matter of days.

Coleman called Sherlock & Moriarty “a beautifully crafted game” and revealed that in less than a month since its release, “it has already awarded more than 58,000 wins across all jackpot tiers.”

The CEO of Napoleon Sports & Casino Online, Tim De Borle, also commented, saying, “the lucky player is on cloud nine and so are we.” He further stated that jackpot slots are a vital inclusion in its lobby and that the company is “delighted to have a great partner like Microgaming who provides these wonderful games.”

The WowPot jackpot mechanic was launched in February 2020 and now has six slot games pushing cash into its progressive prize pool. WowPot’s top tier seeds at $2 million, so this latest win has placed it back on ‘square one’ and it will continue to build in value until the next Mega win. 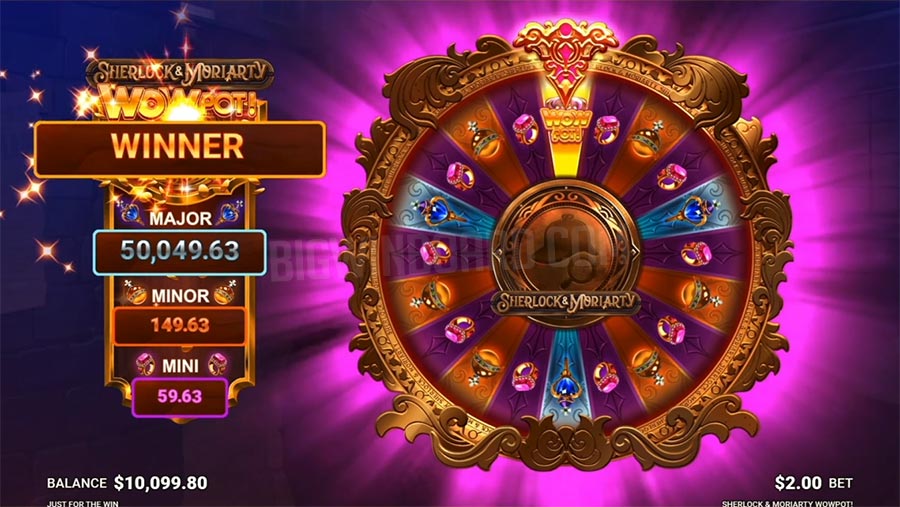