The Competition and Markets Authority has launched a probe into the possible merger of casino software and development giants NetEnt and Evolution Gaming. The probe by the regulatory authority comes as Evolution Gaming has proposed a buyout deal of NetEnt to the tune of around $2.1 billion.

Competition In The Online Sector

The United Kingdom’s Competition and Markets Authority has said the inquiry has been launched with the goal of determining if the proposed buyout will result in a significant reduction in competition in the online casino space in the region.

NetEnt and Evolution Gaming were informed of the inquiry by the authority recently, and any interested party is invited to give comment on the matter. Comments will close on the 5th of October, upon which phase one of the inquiries by the United Kingdom’s Competition and Markets Authority will commence. A decision is then expected on the 16th of November whereby the inquiry will either be closed or will enter into phase two.

The buyout deal, which Evolution Gaming had previously expected to close on the 2nd of November 2020 could be delayed slightly as a result. NetEnt is currently in an acceptance period for the offer, which began on the 17th of August 2020. They have until the 26th of October 2020 to accept the transaction.

Evolution Gaming has offered 0.1306 shares for each share in NetEnt, bringing the total value of each share to SEK 79.93 or SEK 19.6bn for all. It is an offer that Evolution Gaming says will not be raised and the NetEnt board has recommended the shareholders take. The offer increased the NetEnt share price by 43% compared to their closing price on the Nasdaq Stockholm as of the end of June 2020. 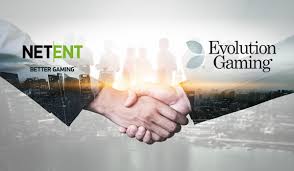 Should the acquisition go ahead the brands could see combined annual cost savings of around €30 million. In addition, both online casino companies have shown strong financial growth this year.

NetEnt’s revenue figures for the second quarter of 2020 showed a 30.2% increase when compared to the previous year, while Evolution Gaming’s revenue grew by 48% compared to the first six months of 2019. The growth was primarily due to an increased demand for strong online casino products as land-based casinos and retail venues closed in the wake of the global health crisis and live sporting events around the globe were canceled or postponed. In addition, both brands experienced good growth in the United States’ emerging regulated market.​