Yggdrasil is exploring the mythos of Ancient Greece once again, launching you into a fierce battle against horrifying creatures for amazing treasures. Golden Gorgon is a pulse-racing pokie experience. The game’s eye-popping graphics lead you into immersive gameplay where you seek to emulate the feats of the mighty Perseus and face down the mythical serpentine monsters.

The game plays out on a 5×3 reel format with 25 and invites you to simultaneously enjoy the myths of Medusa and King Midas, bringing back some features you may remember from NetEnt’s Jack Hammer’s Respins and Quickspin’s Arcade Gems Respins. Yggdrasil has upscaled Medusa’s petrifying gaze, causing it to turn symbols into gold.

The pokie’s betting options range from 0.25 to 400.00, giving everyone from casual players to high-rollers the chance to get in on the action. The maximum you could win from a single spin is 2500x your bet, lining up potentially massive wins.

Yggdrasil has made its impact felt in the iGaming market since it was established in 2013 and has a trophy case bursting with accolades, given in recognition for its excellent games. The developer has established several business programs including Yggdrasil Dragons, YGS Masters, and White Label Solutions.

“Golden gorgon takes straightforward gameplay that appeals to classic pokie fans and adds a thrilling respin feature with massive multiplier potential. The immersive environment transports players back to the heroes of mythology, and we can’t wait to see how players react to this volatility hit.”

Golden Gorgon is a recent entry into Yggdrasil’s catalogue of premium video pokies and was released on 29 July 2021. Head over to your favourite online casino for a taste of danger and a shot at riches. 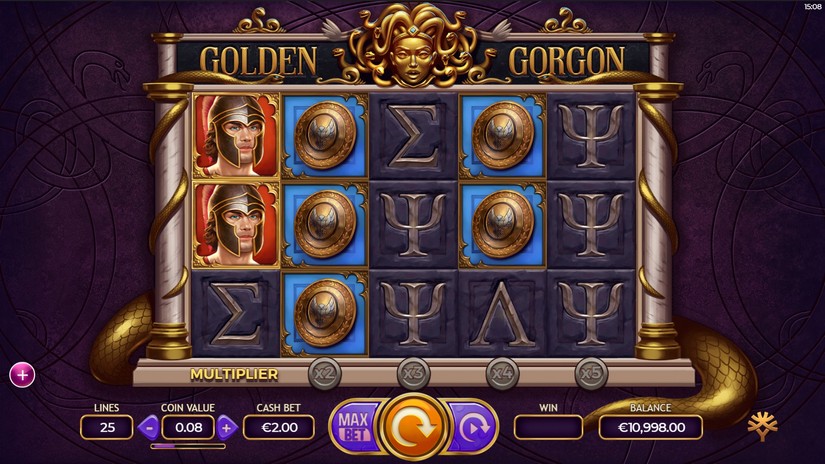