The new year always brings about opportunities for excitement and discovery and Microgaming is delivering that in spades. The global leader in iGaming has prepared a thrilling array of engaging iGaming content to help you ring in the New Year in the best way possible.

Get hooked to Gameburger Studios’ Fishin’ Pots of Gold releases on 25 January with the cheerful leprechaun angler, Lucky Lad Flynn. Travel below the surface of the water and watch out for Flynn on the reels as he grabs all the fish prize symbols in view to pay you out handsome prizes. If you’re lucky, Flynn could also net one of the fixed jackpots that pay out up to 5 000x your stake. If 3 or more scatters appear on a single spin, you will launch the free spins feature which causes the reels to expand to a 5×5 formation where Flynn increases the multiplier on fish symbols.

Agent Jane Blonde is back on another daring mission on 18 January in Agent Jane Blonde Max Volume by Stormcraft Studios. Follow the spy action with a multiplier trail that could boost your winnings by up to 100x and fixed jackpots with up to 100x your stake in the base game and an astonishing 10 000x your stake during free spins. You can trigger the bonus round with a scatter on each reel and choose from 3 free spins options with varying volatility.

Pull off the perfect crime in Just For The Win’s The Bandit and the Baron on 5 January. This Wild West-themed pokie takes place in a busy saloon where you join a wily thief who hopes to outmaneuver a pompous baron and make off with his riches. The reel is filled with tempting treasures like cash and gold, but the expanding Baron wilds are particularly useful when you want to complete winning combos. If you’re 1 short of the 3 scatters needed to trigger the bonus game, the game will hand you a respin to get the job done. The Bandit Bonus feature starts you off with 3 respins where any non-blank symbol resets this count to 3. Upgrade symbols multiply the value of cash symbols by up to 10x and key symbols release locked positions to give you all the winning chances you could possibly get.

Find riches beyond your wildest imaginings in Bank Vault, the new SpinPlay games pokie that releases on 11 January. Your screen is filled with signs of wealth like gold, cash, and jewellery that appear as symbols on the reels. Special diamonds award you scatter prizes of up to 2500x your stake when you land enough of them on a single spin. Activate the cash wheel bonus to claim free spins, cash prizes, and multipliers up to 4x.

On 27 January, it’s time for some new stripped-down pokie action with 5 Star Knockout by Northern Lights Gaming. The game’s classic style accompanies creatively crafted features that give you amazing chances to win big. As special star symbols appear, they will fill up the Award Boards, and reward you with free spins. Once you get the free spins going, you can collect further star symbols which help you remove symbols from the reels and gain even more free spins. There are even more winning chances with the Win Spins feature that keeps generating respins as long as you land wins.

Go wild on 6 January as Gong Gaming Technologies unleashes a stampede of winnings with Buffalo Ways. North America’s impressive wildlife is on full display with buffalo, raccoons, eagles, and deer appearing as symbols. The vibrant graphics are accompanied by an atmospheric soundtrack and the chance to claim 100 free spins when you land 6 scatters on the reels. Wild symbols that land while this feature is active come with multipliers of up to 5x and you could trigger even more free spins if more scatters show up as you spin.

Dr Wildshock: Mad Loot Lab by Gold Coin Studios on 13 January lets you see what happens when a mad scientist goes insane. The game features Rolling Reels and a multiplier trail for exciting progression. The Exploding wilds feature adds up to 4 random wilds to the reels and landing a minimum of 3 wilds on the same spin will trigger free spins.

The worlds of baccarat and football collide in Switch Studios’ innovative title, Match Day, on 20 January. Get the best of both worlds and win prizes worth up to 6250x your bet.

It wouldn’t be a Microgaming monthly update without some brilliant contributions from the company’s content partners who have a duo of exciting content for you. Play with some profitable produce in Hacksaw Gaming’s King Carrot on 6 January or dive into the mythical depths of Book of Poseidon by Booming Games on 20 January. 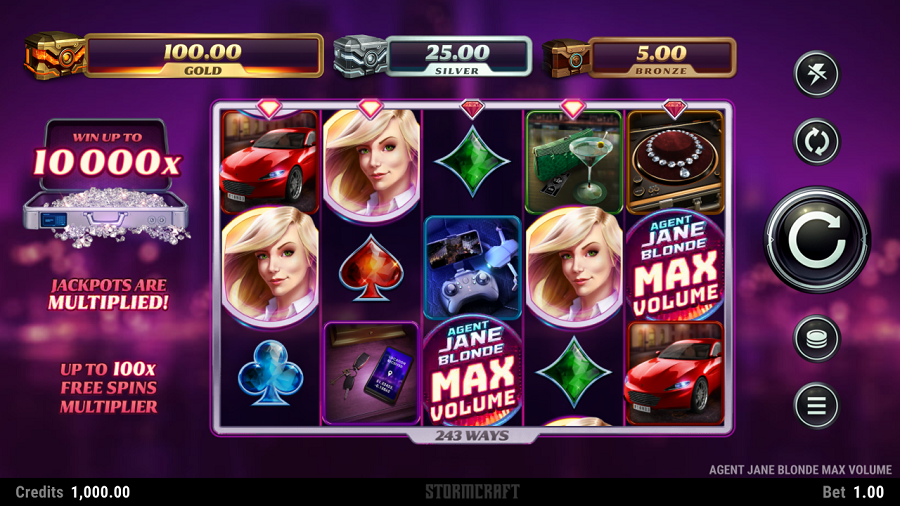