Yggdrasil, a major player in the global iGaming sector made a recent announcement regarding its decision to empower all members of its YG Masters program with access to its proprietary game mechanics.

The YG Masters Program forms part of Yggdrasil’s recently launched publishing division. The program is geared towards helping reputable game providers and developers boost the quality and appeal of their content through the use of its proprietary tools and systems.

The full membership of the YG Masters program can now employ the provider’s in-house built mechanics including MultiMAX, Gigablox, and Splitz which were introduced in 2020 and well-received by players. Kiwi punters can now look forward to seeing these very soon in online casino pokies produced by YG Masters studio members.

Overwhelmingly positive feedback has been received from players who have experienced the Lucky Neko and Hades pokies that incorporate Gigablox. This mechanic generates huge symbols that appear on the reels to boost your winning chances when stacked up.

The Splitz mechanic was utilised in Syncronite, Neon Rush, and Temple Stacks. This mechanic splits mystery symbols across the reels to create increased ways to win, scatter symbols, longer lines, and larger clusters. The MultiMAX mechanic shines in Yggdrasil’s Multifly pokie, accumulating multipliers across the reels to trigger cascading wins.

DreamTech Gaming and Bang Bang games are among the existing YG Masters members to sign on for the mechanics offer with both developers planning to integrate the mechanics in their new releases for 2021. YG Masters creates the opportunity for its partners to develop and distribute gaming content through Yggdrasil’s GATI Technology, a regulatory-ready development toolkit. The technology allows game providers and studios to employ standardised technology to create and dispense their content internationally. 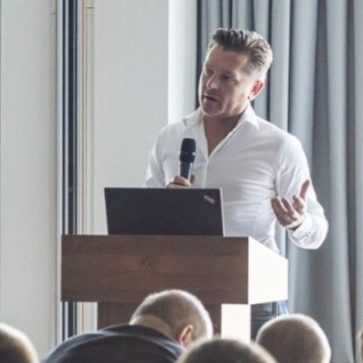 Stuart McCarthy, the Head of Partner Program at Yggdrasil stated that the online pokie market is highly competitive and uses “recognised and successful” mechanics is the catalyst to motivate players and improve game performance. He proceeded to say that their in-house mechanics have proved to be a revelation to the extent that they had to “recalibrate what successful releases look like.”

2021 will see a flurry of exclusive releases integrating these mechanics.  McCarthy said how thrilled his company was to provide its partners with the opportunity to cultivate their offerings which will naturally feed into their shared vision.

This year looks like it will be an exciting one for Kiwi punters with a slew of exciting titles with new mechanics set to make their debut.

If you think you’re ready for some premium pokie action, head over to LeoVegas casino today for Yggdrasil’s best titles.​