Following the release of its treasure map-based Da Vinci’s Treasures pokie, Pragmatic Play now transports you to the jungles of  Central America in John Hunter and the Mayan Gods.

This pokie is the fifth instalment in Pragmatic’s highly acclaimed John Hunter series. You join the game’s rugged hero on a treasure-finding quest in the Mayan jungle in this three-reel, five-row, and ten payline pokie. The stakes are high as you employ divine helpers in the shape of ancient gods who help you uncover your glittering rewards.

Your betting options range from NZ$0.01 up to NZ$100, so whether you’re a casual player or a pokie high-roller, the game has a comfortable entry point for you. John Hunter enlists a Mayan priest to guide your ascent of a pyramid where you will unlock free spins and possibly receive a reward of 2,500x your stake.

This adventurous pokie adopts a theme that depicts the ancient civilisations of the Aztec and Mayans. The appropriate styling has been applied to the symbols to bring this to vivid life. The low-value symbols are gold-lined card royals, and John Hunter gives off Indiana Jones vibes, sporting his trademark stubble and a weathered Fedora. The high paying symbols are represented by a gold chalice, a knife, a ring, and the Quetzalcoatl. The Mayan Priest and John Hunter represent the most valuable symbols, giving you the largest payouts for matching three or more on the reels.

A golden Mayan mask is the wild symbol that triggers the expanding wilds feature, upgrading symbols to even the odds of you landing high-value combinations. The scatter symbol is a Mayan Temple and landing 3, 4, or 5 of these activates the free spins feature as well as awarding you 2x, 20x, or 50x your stake, respectively.

The pokie’s look and feel are topped off with an action-infused soundtrack to complement its high volatility gameplay and generous RTP of 96.51%.

Kiwi punters certainly have a lot to look forward to with the revelation of this new release and Pragmatic Play is just as thrilled. The John Hunter series has enjoyed huge success with its previous incarnations, namely, Book of Tut, Tomb of the Scarab Queen, Aztec Treasure, and Da Vinci’s Treasure.

Pragmatic Play’s Chief Business Development Officer, Yossi Barzely took the chance to express that excitement in a press release, saying, “Creating this iconic iGaming series has been a very exciting journey, and we feel confident that this latest adventure will be warmly received.”

If the successes of this pokie’s prequels are anything to go by, Pragmatic should soon realise their ambitions for this fresh release. 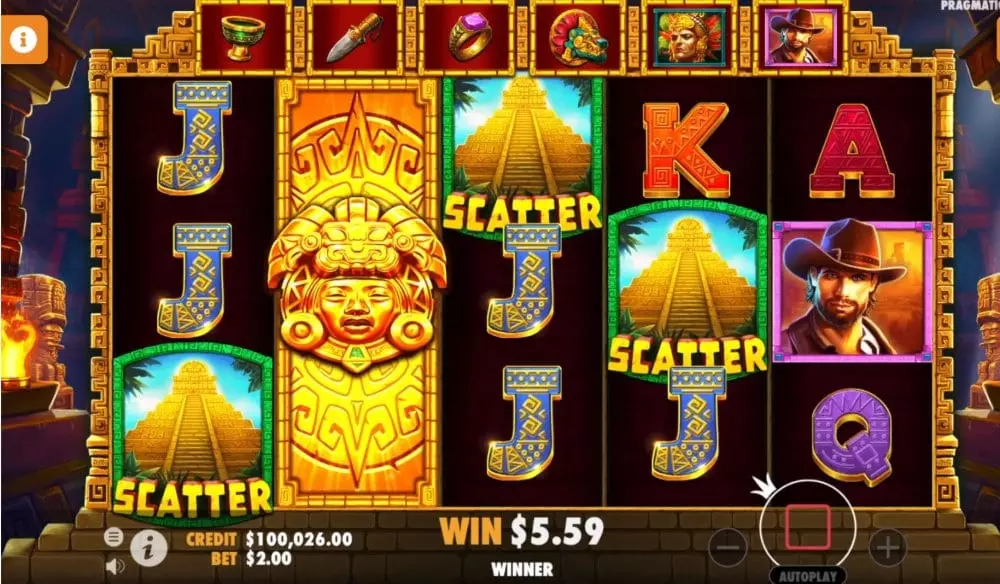