In the wake of the launch of Yggdrasil’s classic casino-themed masterpiece, The Hot Offer, the developer has followed up in sizzling style with the launch of its new pokie, Cauldron.

This 5-reel, 20-payline game adopts a mythological theme that was meticulously crafted by the development team at Peter and Sons, via the YG Masters program. Leap into a magical world and discover the riches that the cauldron holds. 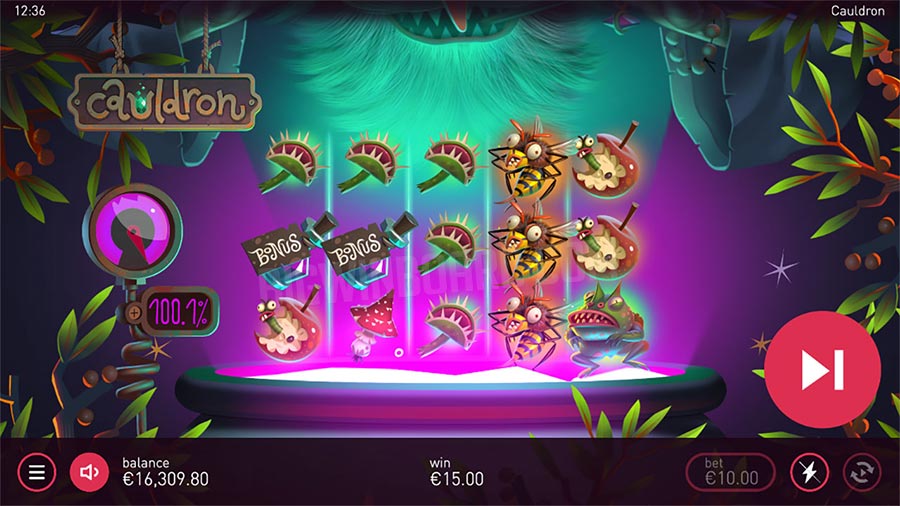 In an official statement, Yggdrasil elaborated that the game is highly volatile with an RTP of 96.04%., Landing at least three scatter symbols will award you a maximum of 10 free spins. While the feature is active low-value symbols forming part of winning combinations will disappear and high-paying symbols forming part of winning combos will gain a 2x multiplier with an extra free spin thrown in.

The game’s progressive meter fills up with every scatter symbol you land and gives you access to a special super free spins bonus feature.

In an official press release, the head of Partner Programs at Yggdrasil Gaming Limited, Stuart McCarthy stated that Peter and Sons has more than proven its worth since joining the YG Masters program in October 2020. He added that Cauldron is wildly different to anything that players have experienced before, owed in large part to the game’s unique and intricate illustrations and animations.

McCarthy further stated that Yggdrasil is overjoyed with the release of the new pokie and that Cauldron’s look and feel offers an immersive and engaging fantasy world for players to explore. The world in question is a mythical land called Algorth, where you explore deep caverns to claim massive prizes.

Yggdrasil Gaming Limited was founded in 2013 and since then, the company has released more than 90 crowd-pleasing titles. The developer has advised that Cauldron is optimised for mobile and is also powered by its standardized and regulation-ready toolkit.​