Gambling is an international pastime and passion, with its own set of astounding records and achievements. We scoured the Guinness world records archives to bring you some of the more significant records held today.

Online casino news details that the record for most slot machines running the same game simultaneously was 1610 machines. This was achieved by Bally Technologies on 27th April 2013 at the Mohegan Sun Montville in Connecticut, USA.

Muckleshoot Casino in Auburn, Washington, USA, achieved this mammoth record with a tournament that involved 3173 participants on 30 April 2016.

In 2003, an unsuspecting software engineer put $100 into a slot machine at the Excalibur hotel-casino in Las Vegas and was surprised by a massive $39,713,982 win.

The profession of being a croupier is almost as old as organized gambling.  Joanna Dodd (b. 15 January 1936, USA) is currently the world’s oldest croupier at age 79 and still plies her trade at the Flamingo Casino in Las Vegas, Nevada.

The Cosmopolitan region of Macau on the Chinese South coast is home to a monolith of a casino. The Venetian Macau includes a massive 51,100 m2 gambling area, which opened on 27 August 2007. This casino-hotel resort is owned by the Las Vegas Sands Corporation and boasts over 3,400 slot machines and 870 gaming tables. The world’s second-largest casino is the Venetian Casino and Hotel in Las Vegas, owned by the same company. 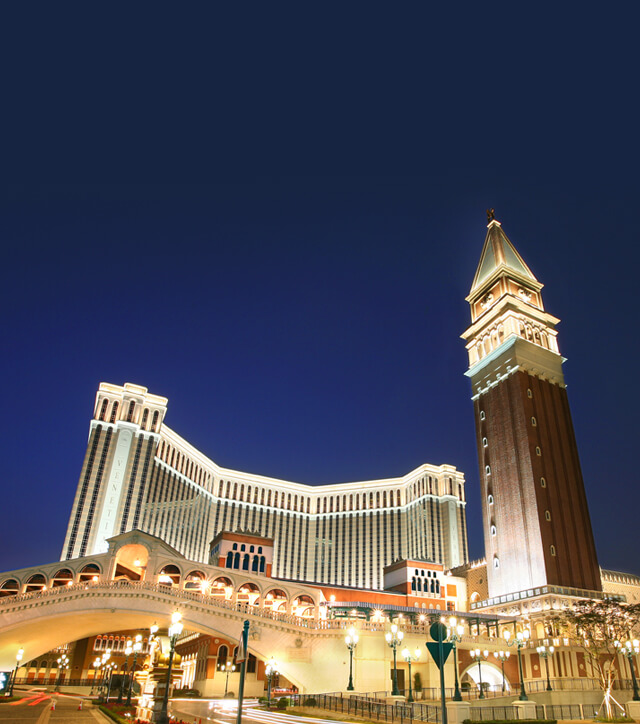 Most players in an internet poker room

Online poker news reported that the most players recorded together online were hosted at PokerStars.com on 6 September 2009. The players numbered 307,016, playing at 42,814 virtual tables.

On 13 September 2013, the Viejas Casino (USA) in Alpine, California, celebrated its 21st anniversary on a grand scale with a novelty blackjack table that measured 206.85 m2 in surface area. One hand of blackjack was played at the table, using oversized casino chips and cards to match the gigantic installation.

Largest roulette wheel in the world

The Casino Du Liban in Lebanon made waves in 2017 by installing a gargantuan roulette wheel that measures 8.75 m2 in diameter. The fully functional mechanism is mounted on the dome ceiling of the casino and can be used via electronic control. 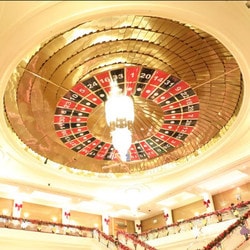 Most money lost by a nation to gambling per capita

Sadly, there are no winners with this record. During 2010 Australia recorded that the average Australian, aged 17 or over, lost US$ 1,199. Approximately 70% of Australians participate in some type of gambling, with total average annual gambling losses hovering somewhere around the US$19 billion mark.